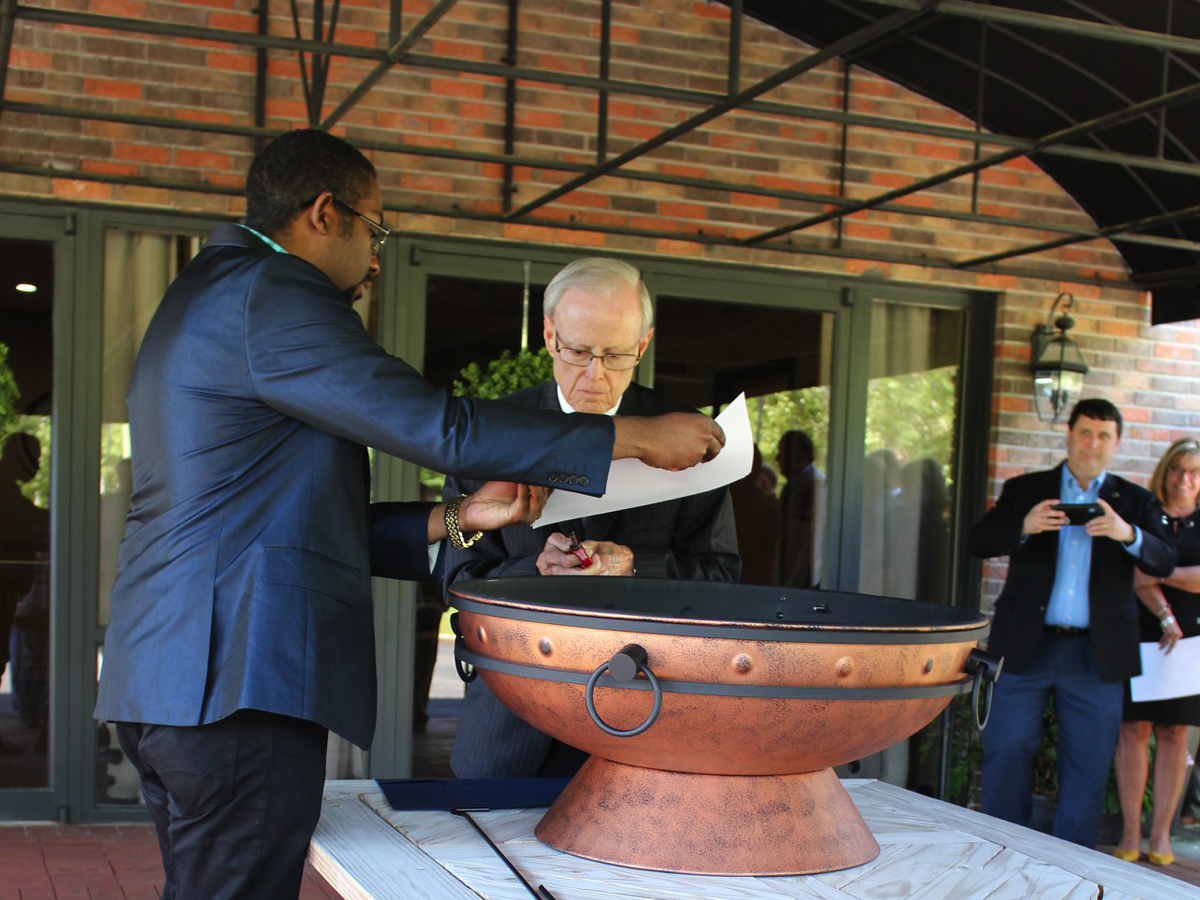 By Justin ConnollyMay 20, 2019No Comments

FLORENCE, AL—Heritage Christian University, a private, nonprofit higher education institution, has made its final payment on long-term debt and is now officially debt-free. To mark the event, the university will host a “note-burning” ceremony on April 26 on the front lawn of the Helton Drive campus.

“In January 2010, after the completion of our new dorms, we found ourselves with $2,100,000 in long-term debt and began searching for ways to eliminate it as soon as possible,” says Vice President for Administration Pat Moon. After consulting with CB & S Bank, auditors at Wayne Riggs, P.C., attorneys and board of directors, the university was able to approve mortgaged property as collateral to cash accounts.

Moon says the result was more than $700,000 in interest turned to principal over the next seven years.

The university states the support of donors as the reason for their ability to pay off debt.

President Kirk Brothers and Vice President of Advancement Philip Goad took this “debt-free” message to donors of the university and their support was overwhelming. At the start of the year, a large donation was received which allowed a kickstart on the final $949,000.

President Brothers is excited what this will allow for the future of the university.

“Our ability to pay off the debt is symbolic of our goal to help students live without debt. It encourages our donors to know that their support will now go towards present and future attempts to fulfill our mission of the gospel, not past projects.”