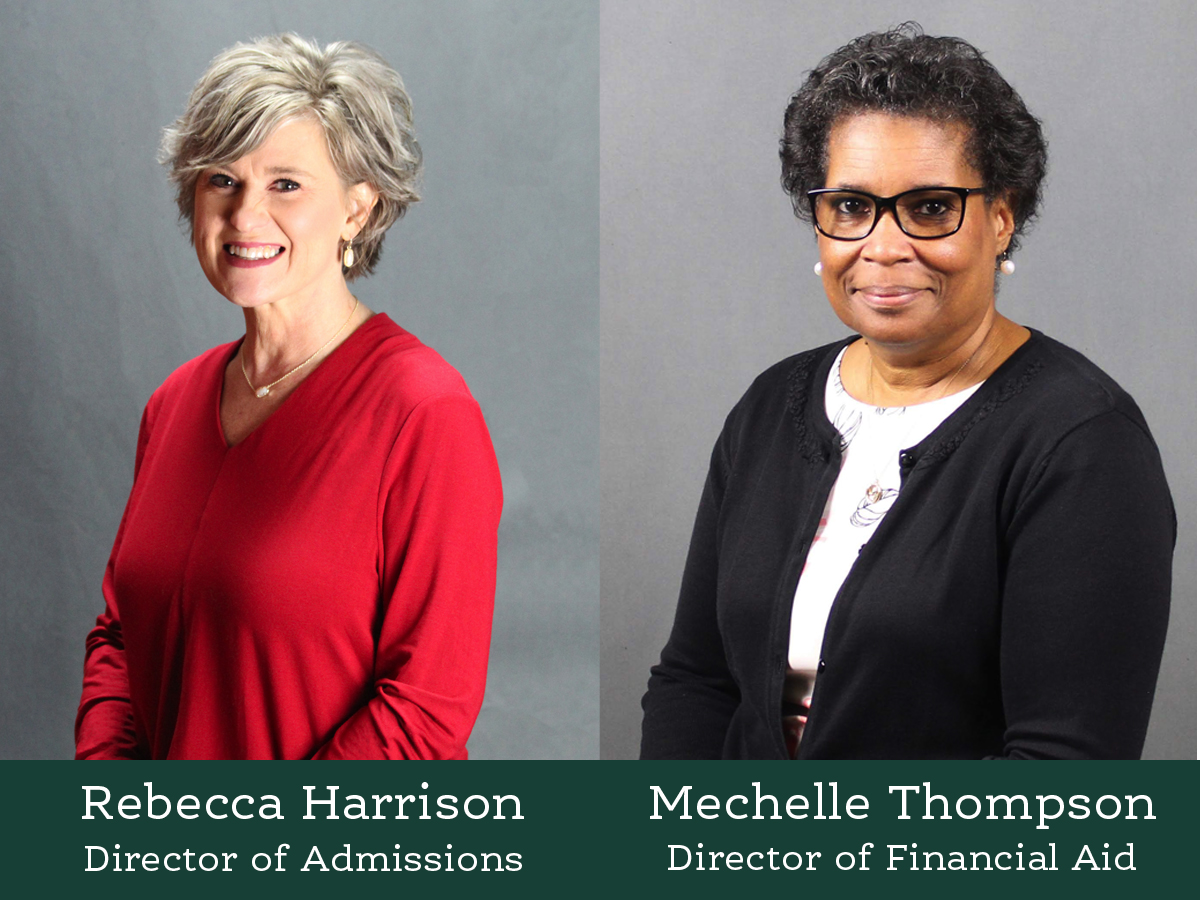 The news of the transition comes just after Director of Enrollment Jim Collins announced the highest spring enrollment in sixteen years at 114 credit students and a total headcount of 204. Last January, HCU announced that Collins would make a two-year transition out of his role into retirement.

Harrison, a resident of Killen, is a graduate of the Southern University of New Orleans. She served nine years as an investigator for the Department of Human Resources and as an in-home rehabilitation social worker. Most recently, she was employed at HCU as an Administrative Assistant and Admissions Counselor.

“Rebecca has proven herself capable and has an intimate knowledge of the workings of the Admissions Department,” said Travis Harmon, Vice President of Student Services. “She has a good rapport throughout the University and has life experience that will certainly bless us in this position.”

Thompson, a resident of Florence, is a long-standing employee of HCU and has served in the role of Associate Director of Financial Aid for seven years. “Mechelle knows the federal financial aid program like no one else on campus,“ said Harmon. “She is a highly valued member of our team and this title more adequately conveys the respect we have for Mechelle and her role in the success of HCU and her students.”