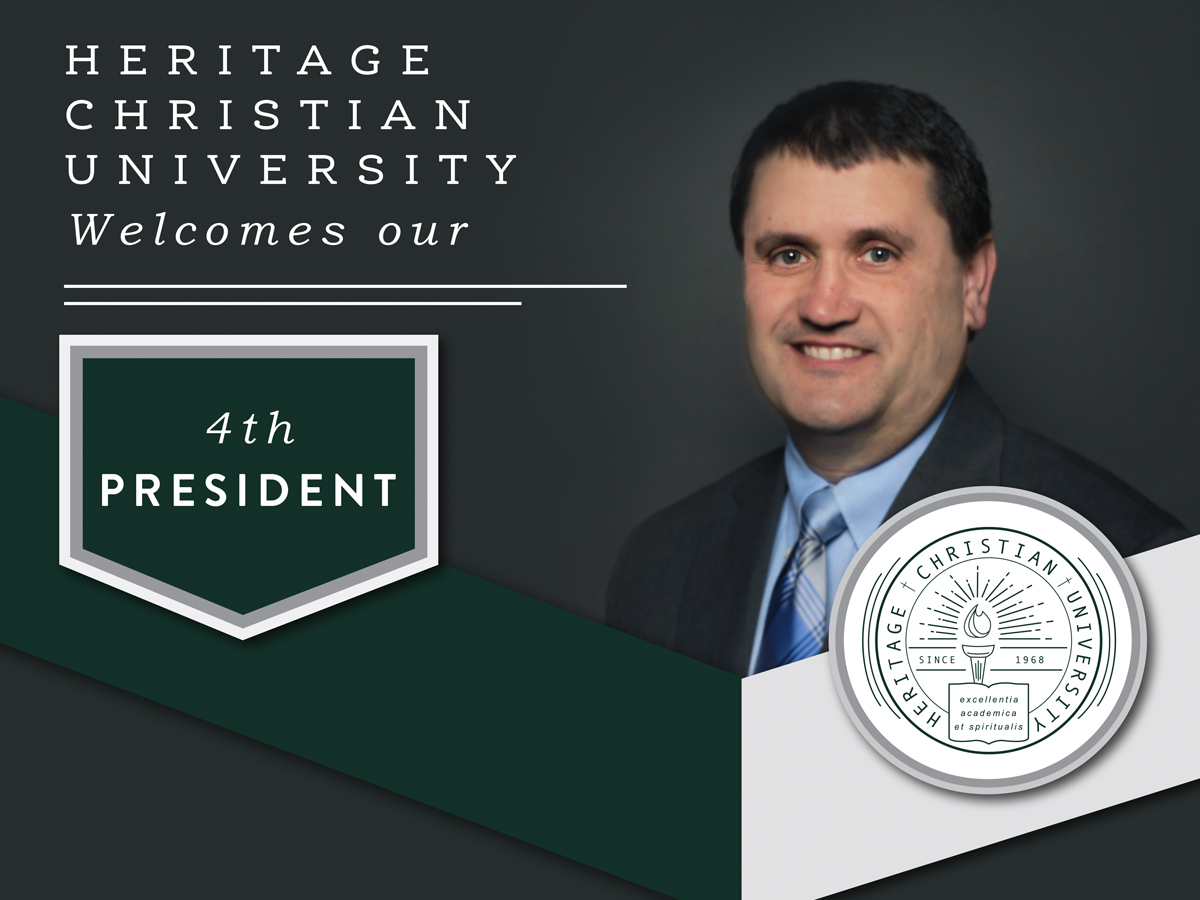 FLORENCE, AL—Dr. W. Kirk Brothers of Henderson, Tennessee, has been selected as Heritage Christian University’s 4th president, the board of directors announced today (December 21). Brothers will begin transitioning into the role during the summer of 2018.

“A mutual love for scripture, scholarship, and stewardship were vital to our decision. The university’s mission is to advance the Church. Brothers’ desire to train missionaries and ministers for the cause of Christ is evident in his enthusiasm for the gospel. We look forward to the bright future of HCU under the leadership of Dr. Brothers,” said Don Posey, chairman of Heritage Christian University’s board of directors.

Brothers spent 23 years in local ministry work before joining Freed-Hardeman University as Associate Professor of Bible in 2010. Each year, he teaches a course at the Bible School of the Americas in Panama and implements Future Minister Training camps for young men throughout Latin America. Thus far, camps have been started in Panama, Costa Rica, Honduras, El Salvador, Nicaragua, Guatemala, and the Dominican Republic in Central America; and Peru, Colombia, and Brazil in South America. He has also participated in mission efforts in India, Israel, England, and the Ukraine.

Since 1988, Brothers has participated in ministry and leadership training camps at various locations in the United States. He has served as director or co-director at Horizons Leadership Camp at FHU for six years. His passion is training leaders, teachers, preachers, and missionaries for the Lord’s Church.

“I want to leave behind as many leaders for the Lord as I can when I depart this life,” said Brothers.

It is this passion for leadership training that led Brothers to Heritage. He first taught a graduate course at Heritage in 2005 and has since been on campus for other activities such as the Jenkins Institute’s BETTER conferences and the Overton Memorial Library’s Charles Coil Colloquium. Brothers states,

I am grateful to be part of this great ministry. Heritage plays a unique role in training servant-leaders for the Lord. Her staff and faculty are as credentialed, experienced, and dedicated as any in the brotherhood. Her faculty members are able to train students as liberal-arts scholars who can exegete, interpret, and apply Scripture and serve in various ministry and leadership roles in the Kingdom of God.

Kirk and Cindy have two daughters: Katie and Hannah. Katie audits classes at Freed-Hardeman University and loves British history and Shakespeare. Hannah is double majoring in Art and English at FHU and is planning to graduate in 2019.

In 2018, Heritage Christian University will celebrate its 50th year of educating preachers, missionaries and Bible teachers for real-world ministry.

HCU exists for the advancement of churches of Christ by equipping servants through undergraduate and graduate programs and continuing education. HCU produces effective communicators, preachers, teachers and missionaries for real-world ministry with a focus on evangelism and a commitment to scripture.