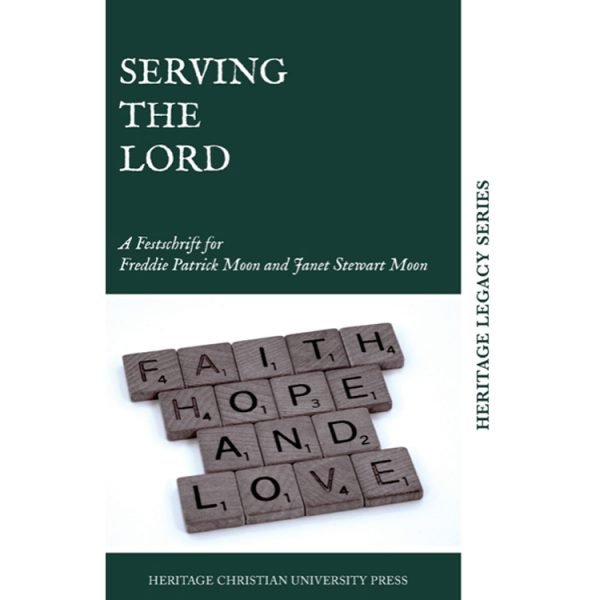 Serving the Lord: A Festschrift for Freddie Patrick Moon and Janet Stewart Moon

Serving the Lord: A Festschrift for Freddie Patrick Moon and Janet Stewart Moon is the second volume in the Heritage Legacy Series. In this series Heritage Christian University honors and appreciates godly servants through collected essays from colleagues.

Chapters include a sermon, reflections on spiritual service, biblical essays, and an excursus on retention in US Bible colleges. All authors are either former or current coworkers who have been directly blessed by the work of Pat and Janet Moon. Several chapters speak of personal appreciation and admiration.

Serving the Lord reflects the practical service of the Moons as well as their commitment to Christ, church, and Christian education. The range of topics mirrors the broad skill set, substantial influence, and ongoing service of the honorees.