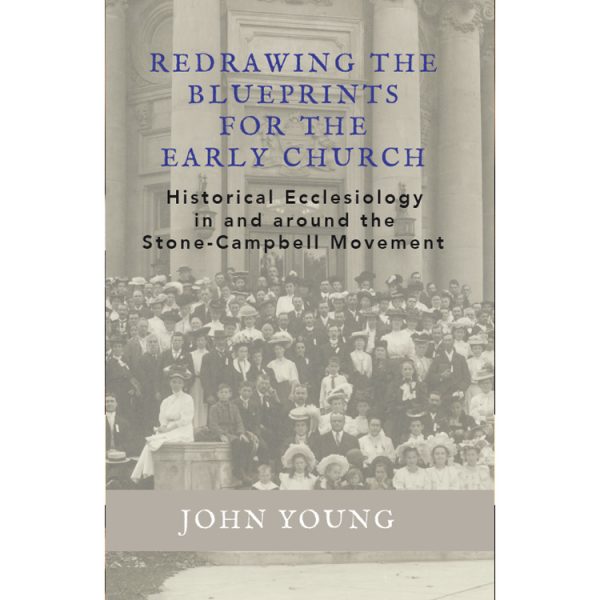 Redrawing the Blueprints for the Early Church by John Young

Members of the Stone-Campbell (or Restoration) Movement are often criticized for their purported apathy or even antipathy toward the past. Yet as Redrawing the Blueprints for the Early Church: Historical Ecclesiology in and Around the Stone-Campbell Movement reveals, these restorationist Christians actually participate in a distinctly historical project because their efforts necessarily involve reading sources from and about the past and drawing conclusions about those readings. Examining a variety of books, newspaper articles, graduate projects, blog posts, podcasts, sermons, and pamphlets from three Stone-Campbell/Restoration Movement fellowships (the Christadelphians, the non-institutional Churches of Christ, and the International Churches of Christ) as well as a modern movement with striking parallels (the Emerging Church Movement), John Young illustrates that restorationist groups have historically participated in a common pursuit of the early church, even as they have also diverged widely in the paths taken to reach that goal.